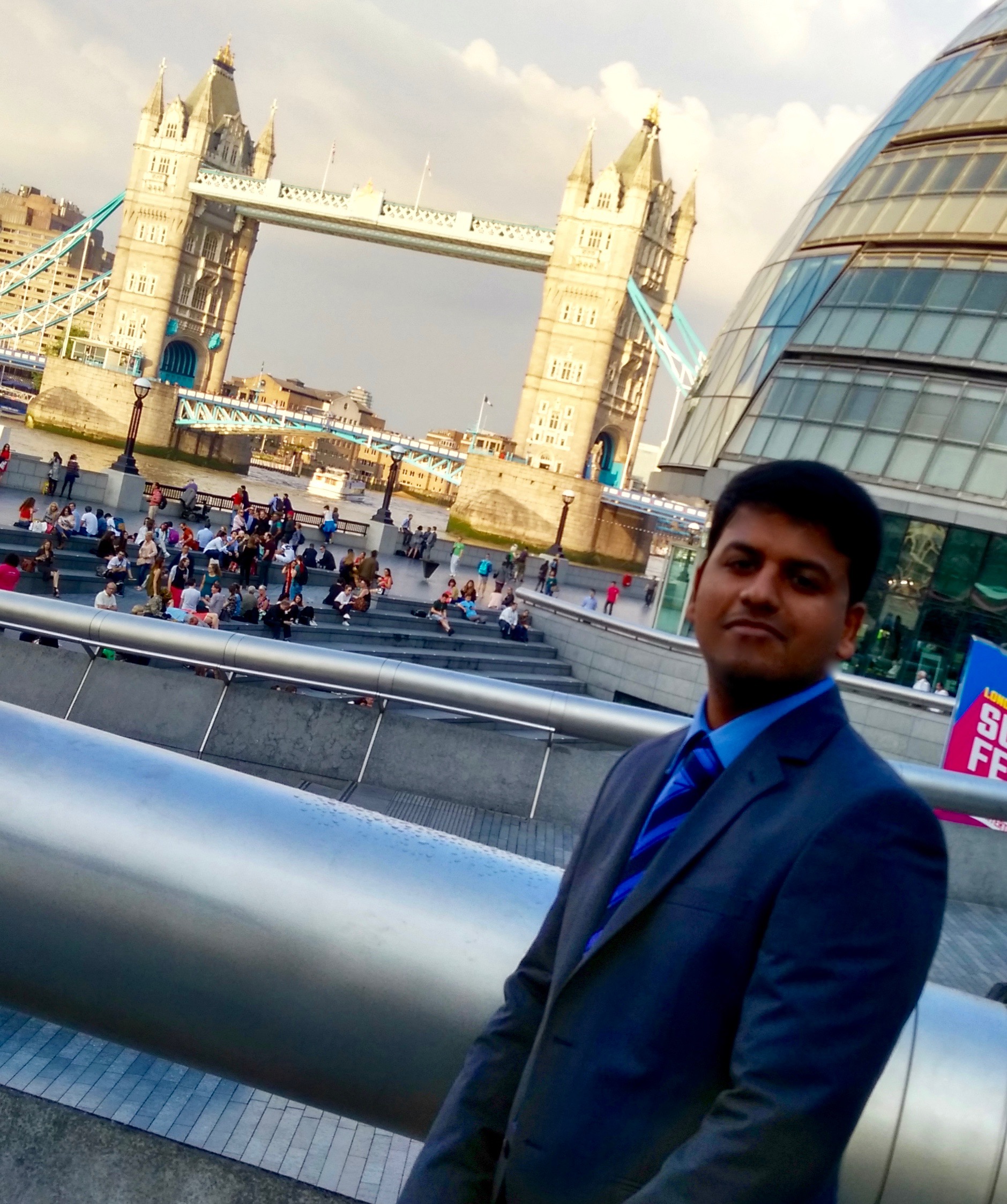 Slack is a wonderful tool to communicate with the Team. Amazon Webservices makes things simple for a hadoop developer, spawn a couple instances, install your hadoop and test your applications.

I have already worked on automating the launch of a full fledged HDP cluster or an Sandbox on AWS. The only loopside is these instances are costly and If we forget to stop the instances when not in use it can rack up a $100 bill over the weekend.

AWS Cloudwatch is a good place to start, It can monitor the instances you spawn and using SNS you can certainly trigger a message to mobile or send a mail, but it is so last decade technology. Nobody notices them and also they don’t carry the rich features of an Messenger.

Instant Messengers are the latest trend and they have penetrated to office network with Slack and HipChat. Slack has wonderful plugins like github and jira Integration. It also has Incoming Webhooks App to which we can post a json request that will be translated to Slack Message.

For Elastic instances with cloudwatch triggers enabled, an SNS Topic will be triggered and Subscribers will be notified of an event, which can be sent as a message to Slack channel using AWS Lamba Function. We have to read the event data from SNS and then translate it into a json request , post it to the slack-webhook. For this we will configure our lambda function as a subscriber to the SNS Topic.

The only drawback with SNS Triggered Slack messages is it will consume both SNS and Lambda free quota per month. So Instead we can schedule a Cloudwatch trigger on lamba function which uses aws-sdk to query instance state for a given region like ec2_describe. It roughly takes 10 ms to query the status of 20 instances and process the result. One more advantage is that a Cloudwatch Sheduler rule doesn’t require SNS and doesn’t consume more lambda code execution time compared to the SNS triggered on an average when there is more activity, as it is not triggered per event.

What Is AWS Lambda?

AWS Lambda is a compute service where you can upload your code and the service can run the code on your behalf using AWS infrastructure. AWS Lambda executes your code only when needed and scales automatically, from a few requests per day to thousands per second. On top of that few hundered thousand seconds of execution time per month are completely free, See pricing.

With Amazon SNS, you can send notifications to Apple, Google, Fire OS, and Windows devices, as well as to Android devices in China with Baidu Cloud Push. You can use SNS to send SMS messages to mobile device users worldwide.

First we will try to leverage SNS with Lambda function to deliver more customizable and pleasing messages to Slack.

To send notifications to our slack channel we will need to first Integrate an Incoming Webhook App to the channel. Follow the steps as suggested and select your channel name.

Copy the Webhook URL, we will be needing it later for our lambda function.

The next part is to create a lambda function that could read event data spit out by Cloudwatch to the SNS Topic. It will be a json and we will be using NodeJS to read the data, translate it and send the message to slack.

Next we will need to configure an SNS Topic and our new lamda function as a subscriber , optionally we can subscriber an emailID for the same topic.

Next step is to setup the cloudwatch rules to trigger SNS when an event occurs on your Elastic Cloud Instances.

Slack it!! with lambda

Cloudwatch can not only trigger SNS/Lamba when an event occurs(Say Running -> Shutdown or CPU Utilization of Particular cluster of instances is higher and you would want to add one more node), it can also schedule an aws lambda function. When we would like to check periodically the status of an Instance(s) or the number of running instances, we can use Cloudwatch as a Scheduler to trigger lambda function, thereby removing the need of SNS.

As described previously configure a webhook with your slack channel.

Now we will try a different language, python2.7 is recently supported by lambda. We will also leverage aws-sdk and boto3 to retrieve information about running instances.

Here is the lambda code :

We will add a Cloudwatch Scheduler to trigger our lambda function , say every 5hours.

We can Slack now!!

The final message delivered to slack would look something like this … 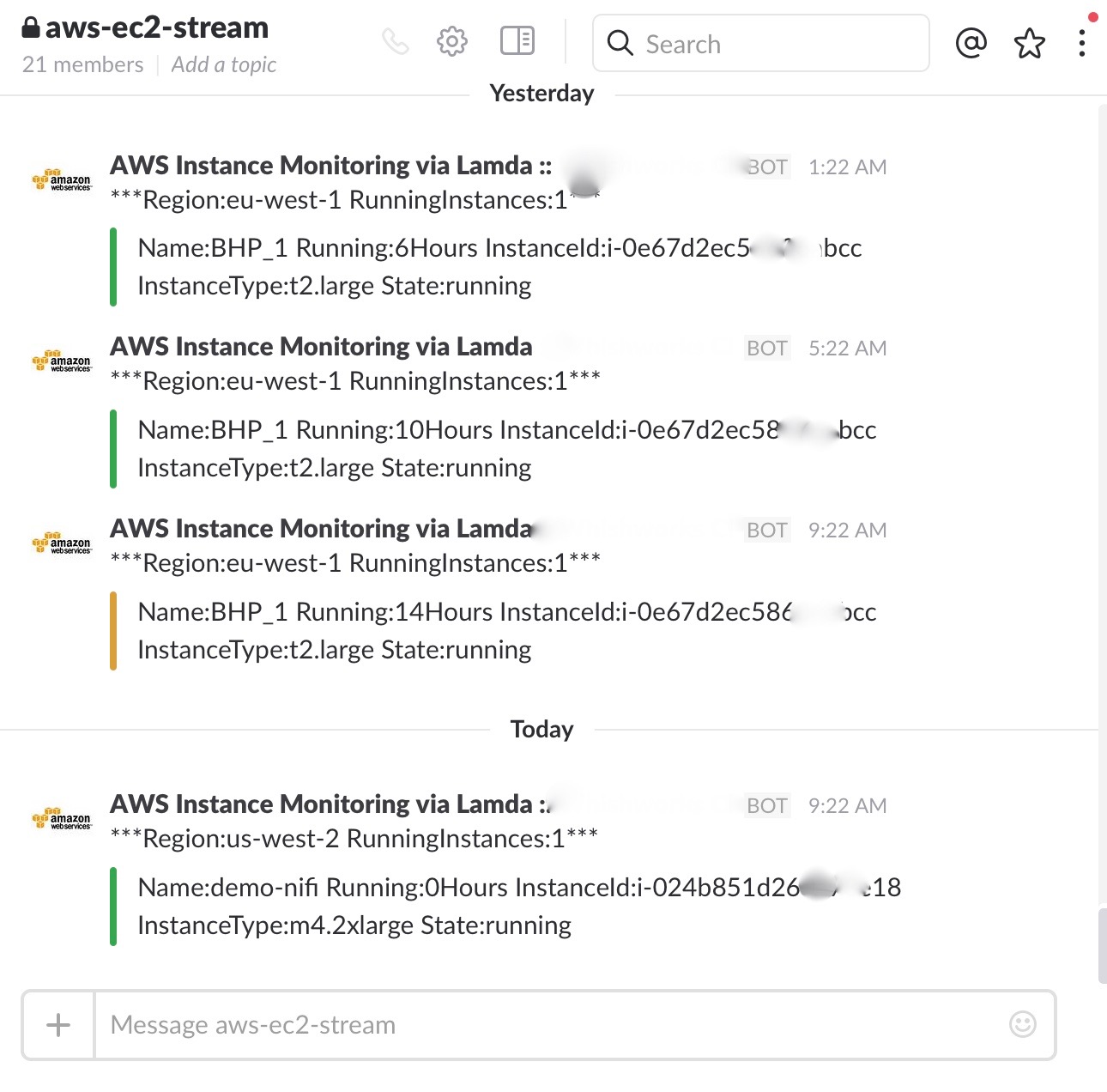